Lanark Tennis Club gents first team continue to climb the tennis ladder with a second league title in a row. Following an impressive return to competitive tennis last year, Lanark secured a second successive league victory this week with a 7-2 away win at Queens Park in Glasgow.

Next season will see Lanark promoted to Dunlop West of Scotland Division 6 with their sights set on reaching the higher echelons of tennis in the West of Scotland once more. First team captain Theo Philip said: “We are delighted to have won a second league title in a row, particularly given the challenges we have had with injuries this season. We look forward to playing at a higher level next season”.

Last, but certainly not least, rising star Andrew McCallum (pictured below) has been representing Lanark around the country this summer in LTA 9U competitions and doing very well. Andrew’s mum, Elena, said: “It’s thanks to the great kid’s coaching classes run at the club that Andrew is able to compete successfully at this level”. 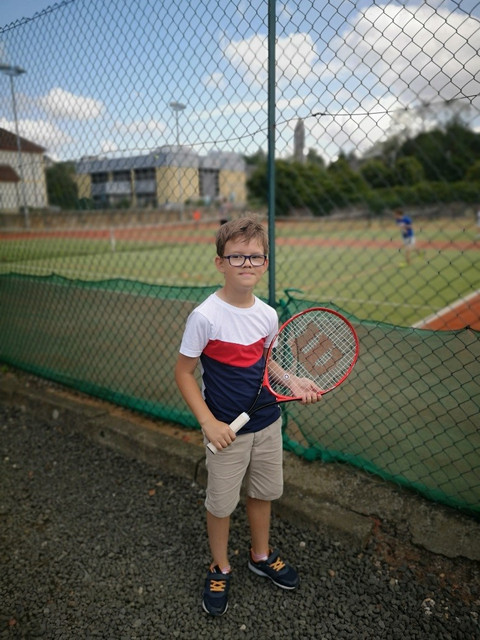 With a new clubhouse in place and lots of action on the court, the future looks bright at the Chapland Road club.

Click here to find out more about Lanark Tennis Club.